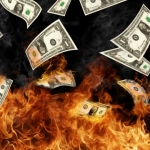 Turner Broadcasting Systems (TBS) is rumored to be in talks to buy BleacherReport.com for $200 million. The two companies are not commenting but sources close to deal, including the website AllThingsD, are reporting that the framework of the deal is in place and due-diligence has begun.

Bleacher Report has done a great job at adding relevant content at a rapid rate. The contributors have helped propel Bleacher Report to over 9 million uniques per month. In 2010 the company generated an estimated $5 million in revenue. The year over year growth has slowed a bit to an estimated 8% from 2010 to 2011. In 2011 the company hired Rich Calacci away from CBS Interactive and he transformed the sales almost instantly. His team is on pace to bring in over $30 million in ad revenue from partners such as Red Bull, Muscle Milk, Pizza Hut and more.

Bleacher Report is selling at a premium, even for a sports based platform. Compare the potential sale to AOL’s purchase of HuffingtonPost.com for $315 million. At the time of the sale to AOL it had 25 million uniques per month and was doing just over $30 million in revenue. The Huffington Post was considered a prestigious website with real reporters and it’s user generated content is generally contributed by celebrities.

Many are asking why TBS is being so aggressive with its valuation of the Bleacher Report. TBS will likely use its vast resources to enhance the BleacherReport.com traffic. There is no question that TBS is seeking to replace the over 9 million unique visitors its ad network lost when they lost Sports Illustrated this spring. TBS is also losing PGA.com at the end of 2012. Bleacher Report saw its competitor MMAJunkie.com and Big Lead Sports’ sales to USA Today Sports Media Group. Leaving Bleacher Report as the only independent website on ComScore’s top 10.

We see a trend in journalism. The barrier to entry has never been lower. User generated content is the fuel for the World Wide Web. We have operated a user generated fan driven content website for years. We were punished by a major movie studio for most of those years until last year they announced they were launching their own user-generated content fan site.

The new online media properties seem to tout their in house publishing technologies almost as much as the content they produce. Bleacher Report is not the only user generated sports platform. Vox Media, a venture-backed startup, operates the SB Nation sports blog network

Add up the pieces – revenue potential, the loss of Sports Illustrated web traffic, PGA.com relationship coming to an end, a powerful publishing platform, and a core base of passionate contributors and the deal starts to make more sense for Turner than it might at first look.

The Brands we represent are some of the best in the World.  They are forward thinking and we are proud to be associated with them.  We will share some of our success stories and of course our failures along the way.

We also represent some World Class athletes in various sports included in this group is World Champion UFC stars and PRCA Cowboys.  Our clients come first in everything we do.

Error: Twitter did not respond. Please wait a few minutes and refresh this page.